WE DO NOT HAVE ACCESS TO THE VACCINE AT THIS TIME 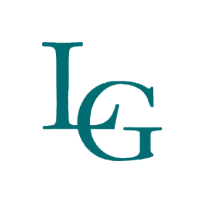 Up to 45 million Americans get the flu every year, causing as many as 61,000 deaths annually. The flu shot, a simple vaccination you can receive from Dr. Selby of Lake Grove Family Medical Clinic in Lake Oswego, Oregon, protects you from the most common strains of flu. In a few minutes, you can get the best protection available against influenza, so take the step to stay healthy by calling the office or requesting an appointment online.

What is the flu shot?

The flu shot is an injection that can prevent you from developing an influenza infection. There’s no cure for the flu, and it can be a very serious or potentially deadly illness. Prevention is the best treatment for flu, and that’s what the flu shot does.

The flu shot contains ingredients that help you manufacture antibodies that fight the flu virus. The injection changes every year because it contains minuscule amounts of the three or four strains (types) of flu predicted to be most prevalent that particular flu season.

Who should have a flu shot?

Virtually everyone should have a flu shot once a year, starting at the age of six months. If you have a life-threatening allergy to eggs, gelatin, or another component of the vaccine, or have Guillain-Barré syndrome, your provider may recommend against the flu shot.

These situations are very rare exceptions, so in general, everyone needs to get a flu shot. It’s particularly important for older adults, who have less natural immune system protection. Your provider can give you a personalized recommendation for the flu shot.

When should I schedule my flu shot?

It’s best to have your flu shot before the virus starts spreading in your area, as it takes a couple of weeks for your immune system to make protective antibodies following the injection. Usually, September or October — the end of October at the latest — is the best time for the flu shot.

Having your flu shot too early, for example, in July, would mean you’re creating peak antibodies at the wrong time. This could leave you vulnerable to infection towards the end of the flu season.

If you haven’t had a flu shot by the end of October, you can still schedule one in the winter months because it can protect you for the remainder of the flu season.

Does the flu shot make you sick?

There’s a common misconception that the flu shot gives you the flu. In reality, the most common side effects of the flu shot involve mild irritation in the injection area, such as skin tenderness, swelling, and redness.

Some patients may have a low-grade fever, muscle aches, and headache for a day or two. But, studies show that these symptoms occur equally in people who have the flu shot and those who don’t have it.

Please call our office to check availability of vaccines due to limited number of resources.